RT @PremierRadio: INTERVIEW PLAYBACK 🗣️ The man behind dozens of your favourite worship songs, @martinsmithtv, tells @estherhigh how the…

Gloworks is here to revolutionise the business structures of Christian Music Publishing. To provide a new space for writers and artists who have the creative ambition to write songs in all genres. We recognise that many songwriter agreements being offered are outdated and not comparable with modern publishing. The ‘one size fits all’ approach does not reflect the changing landscape of the music industry today. Every artist is unique and needs individual care and attention. So we have decided to shake things up a bit and change this! We believe ‘spiritual’ songs of worship do not need to be confined to the Church but are for the world. We are able to introduce sync opportunities/co-writing/collaborations and nurture creative development for our writers. The heart of every song is fundamental to the team and we are committed to ensuring that our approach only enhances the message. When forming Gloworks, the metaphor we keep using is ‘A Bridge’ and we aim to be that bridge - connecting the needs of worship music with the wider music industry. Our administration agreement with Bucks Music Group Ltd gives us the support and expertise of one of the World’s leading independent music publishers. 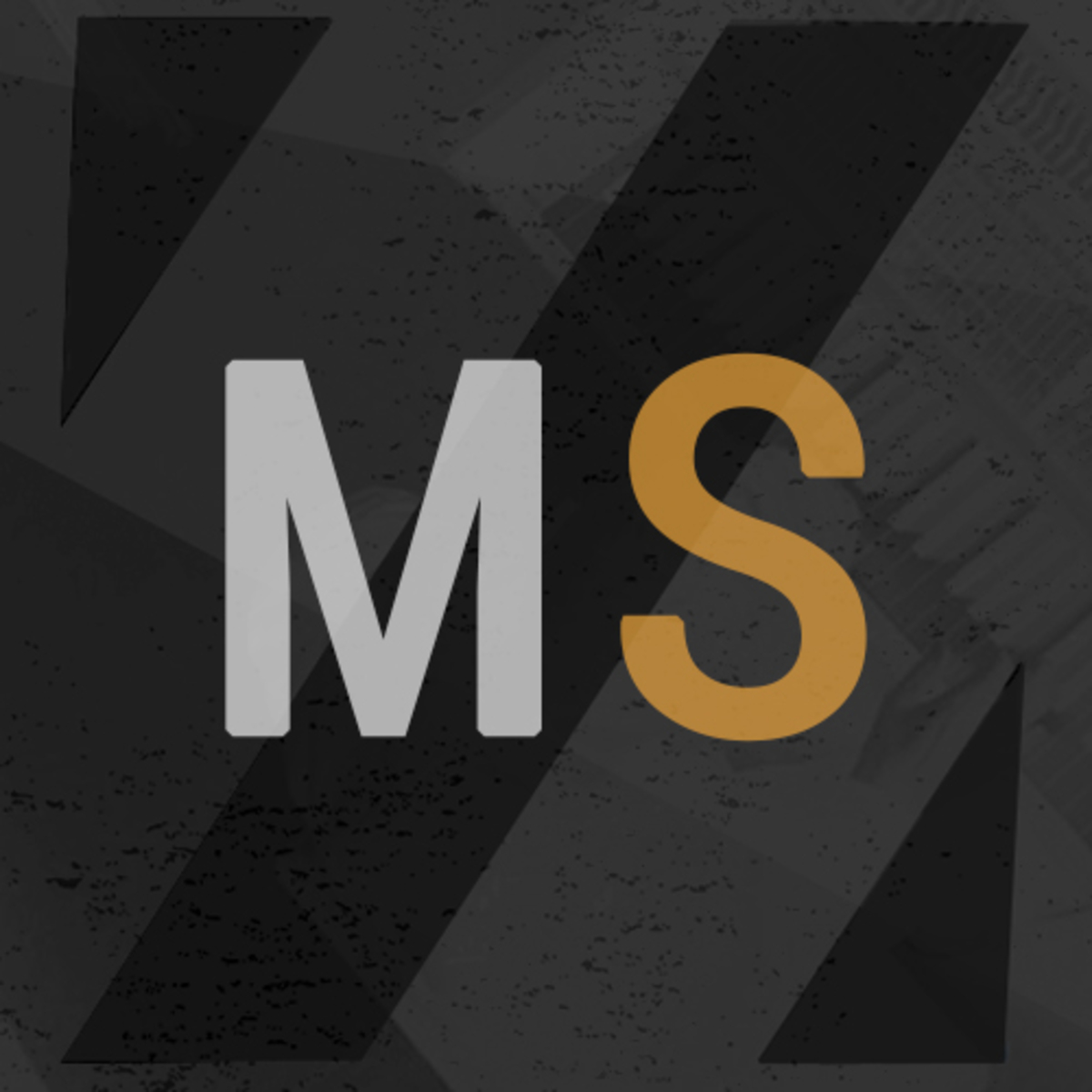 Best known as the front man for the band Delirious? who had international acclaim in the church/gospel scene until they disbanded in 2009. His song Historymaker reached no. 5 in the UK charts. Now with a solo career and a new band Army of Bones his songs continue to be sung around the world. Founder of the charity Common Song which helps marginalised kids to make music. Proud to be part of the Gloworks team which exists to find new, exciting songwriters who will bring hope to this generation. 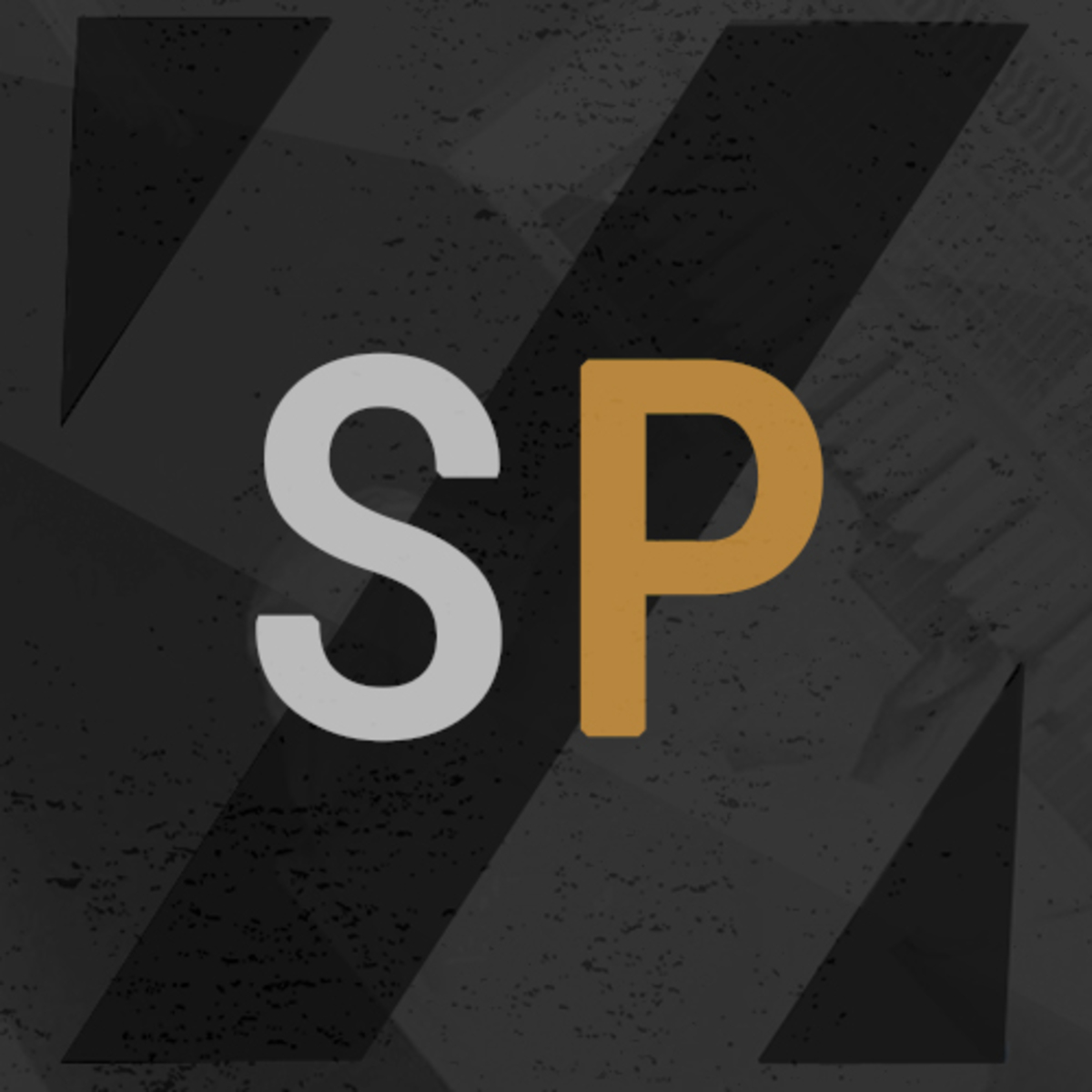 Simon Platz graduated from Sussex University in 1979. Various jobs followed from bus driver, publican, BBC scene shifter to managing Eddie Edwards after the 1988 winter Olympics! Simon joined the family firm of Essex Music in 1984. Essex had been founded by Simon’s father David in the 1950’s. The Essex catalogue of titles by the Rolling Stones, David Bowie, Marc Bolan and Joe Cocker from the backbone to Bucks Music Group’s current operation. Essex was demerged soon after Simon joined. Simon’s own company Bucks Music Group Limited now administers the family company and is very active in acquiring further rights. He is a Director of the Music Publishers Association‚ PRS For Music, PMLL and a Trustee of Heart N Soul, a disability arts group based at the Albany in Deptford. He is also a Trustee of the PRS Foundation. 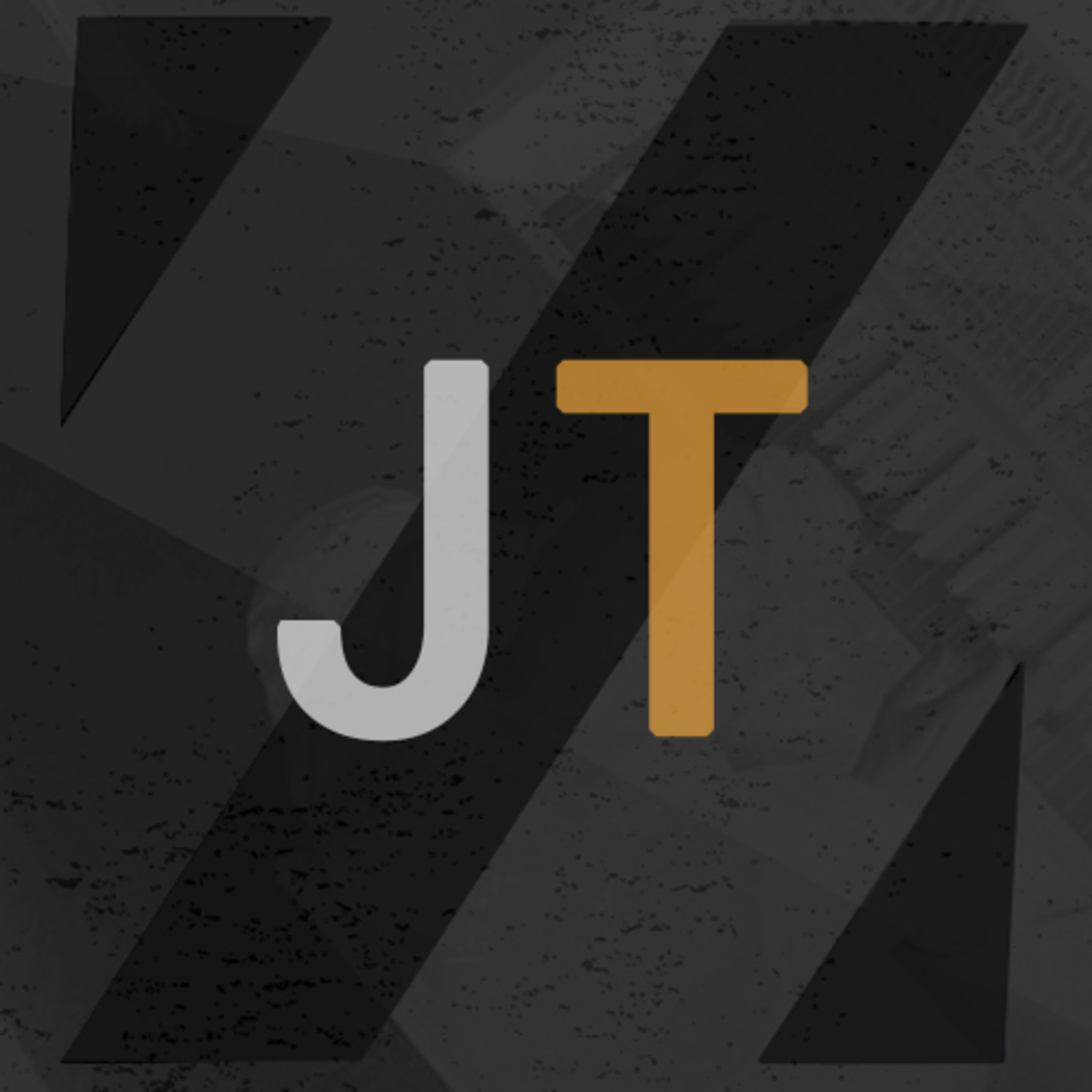 Jonathan studied Business Studies and European Philosophy/Literature at Anglia Ruskin University and whilst in his final year wrote a dissertation on music in advertising titled ‘Darling, They’re Playing Our Advert. It was whilst researching this subject that Jonathan met with The Soundlounge (formerly Songseekers International) and upon finishing University, Jonathan was offered an internship and was soon promoted to the position of Licensing Manager and was responsible for negotiating music rights for campaigns including GO! Airlines, Adidas, Hugo Boss, KFC, Guinness and Ford and after 2 years was made Creative Licencing Director. In 2002 Jonathan joined Bucks Music Group to run the Sync Department and work creatively placing the catalogue into Film/TV/Commercials/Computer Games and Digital Media. Jonathan has been a speaker at various industry events including Midem, In The City, Sensoria Pro, The Great Escape, Liverpool Sound City, Norwich Sound & Vision and has also given talks on Sync and music publishing for students at Westminster University, Acton College of Music, UCL and Northbrook College. For the past 8 years he has spoken on the subject of Sync as part of the MPA/MMF training program. In 2012, on behalf of Bucks, a placement by Jonathan won ‘Best Sync in Film’ at the inaugural Music & Sound Awards for ‘It Could Have Been Better’ – Joan Armatrading in the film Kill List. Jonathan is also an elected Director of the MPA Board 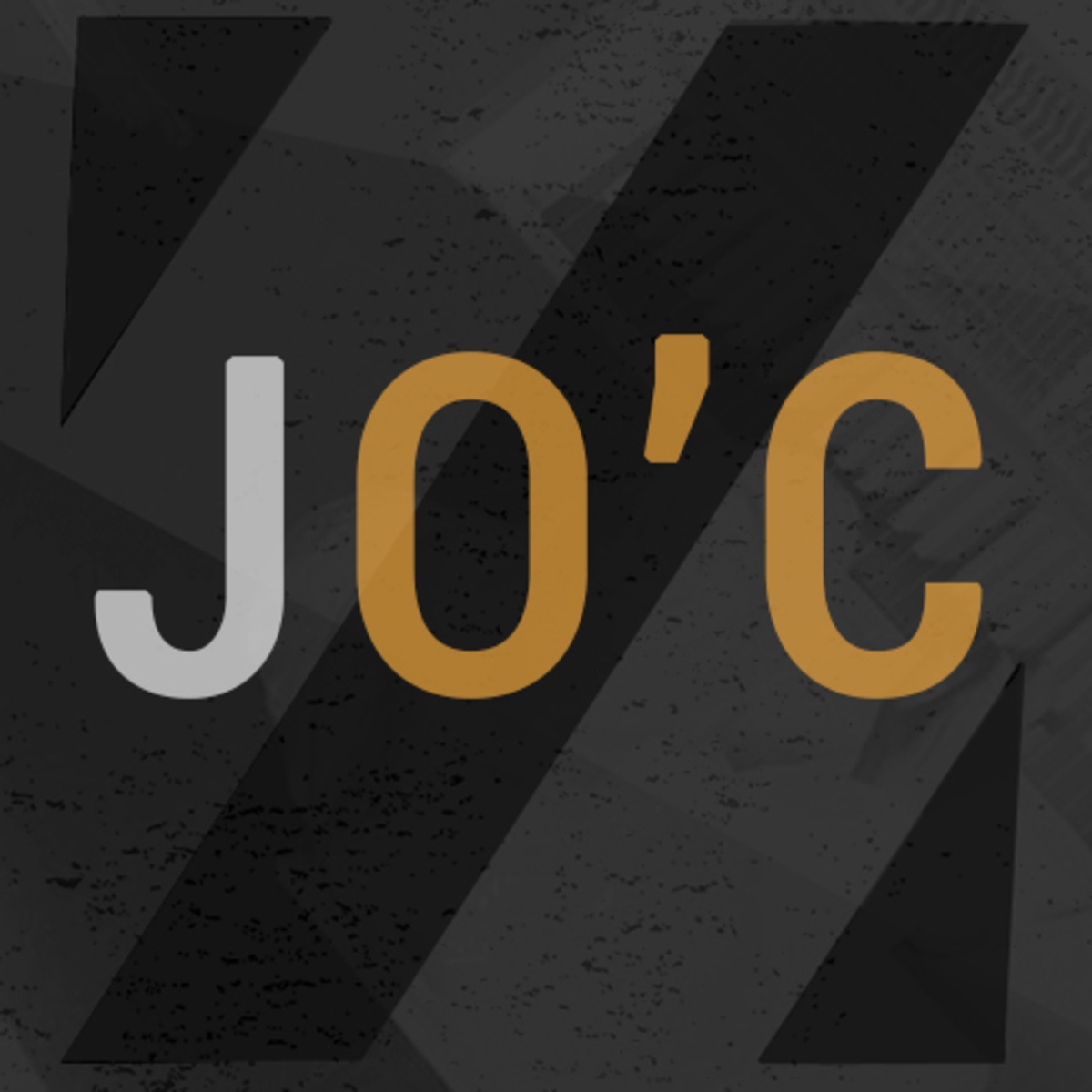 Jen O'Connell has over 20 years' experience of Music Publishing and Licensing. She is the former General Manager of Beggars Music , the Publishing arm of Beggars Group who are Europe's largest and most successful independent record label. Jen then moved to Christian record label and publisher Integrity Music as Director of Publishing and Licensing before joining Gloworks in November last year. She has also previously held management positions at MCPS and PRS and been an elected Independent Publisher Director of the MPA. Jen is a congregation member of St Paul's Hammersmith in London where she serves on the Production Team and is passionate about enabling Christian songwriters to be successful both within and beyond the church. 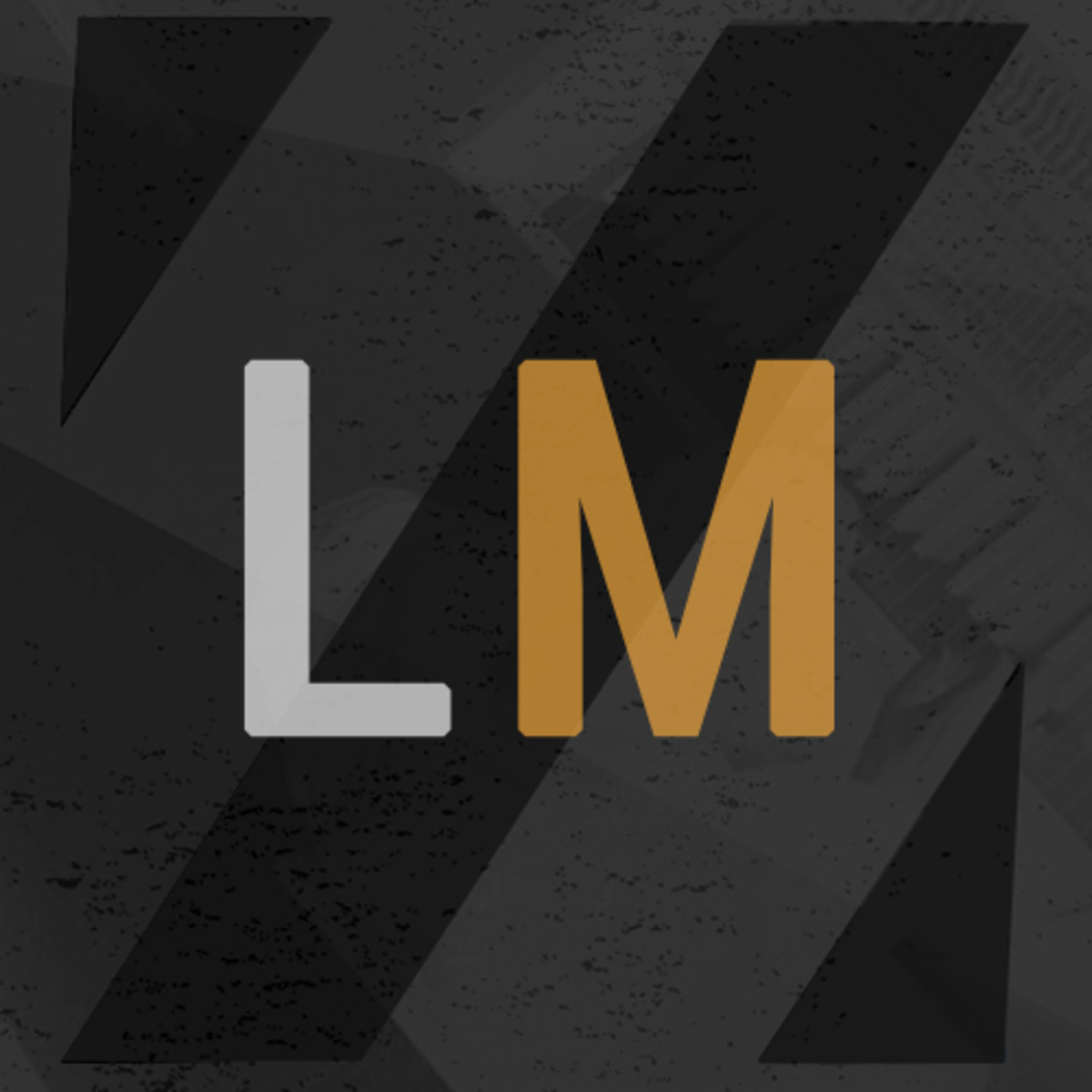 Les brings to the Gloworks team over 40 years experience in recording, producing, musical directing and A&Ring Christian and Gospel Music artists & albums. From recording the first 2 U.K. gospel music records to being involved in signing the award winning Sinach’s song Way Maker. Les recently received the award for services to British Gospel Music and has written a book called Missing Jewel, about the history of the U.K. Worship movement. Les was part of the production team for the U.K. Blessing which Prime Minister Boris Johnson, credited as being a ‘sensational singing masterpiece’. Les has also worked with Martin Smith on numerous projects including the Delirious? Farewell Concert and Martin’s solo albums (Dancing in the Fire, Iron Lung, Love Song for a City & Back to the Start). 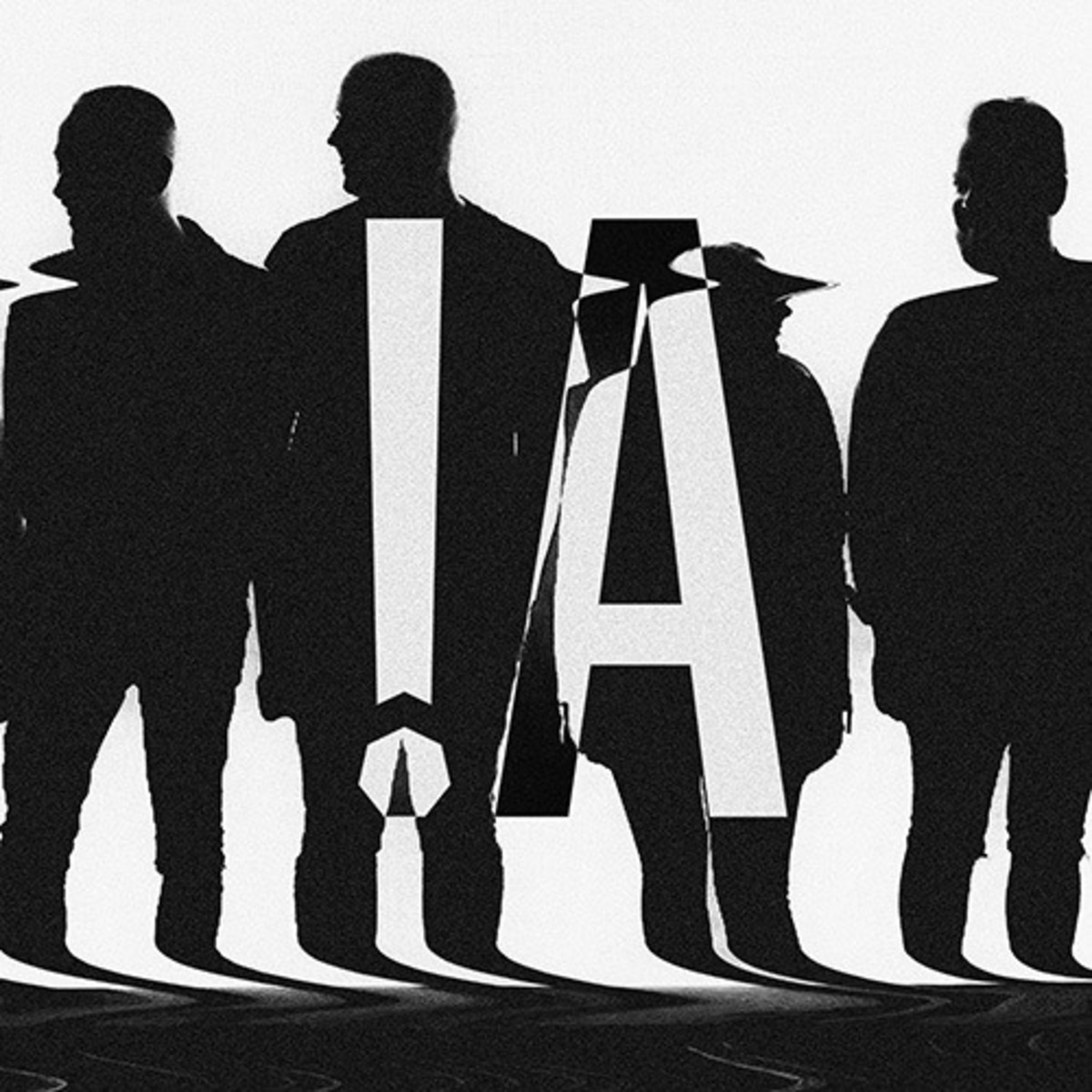 !Audacious worship is the sound of !Audacious Church in Manchester (Central, North, South) and Chester 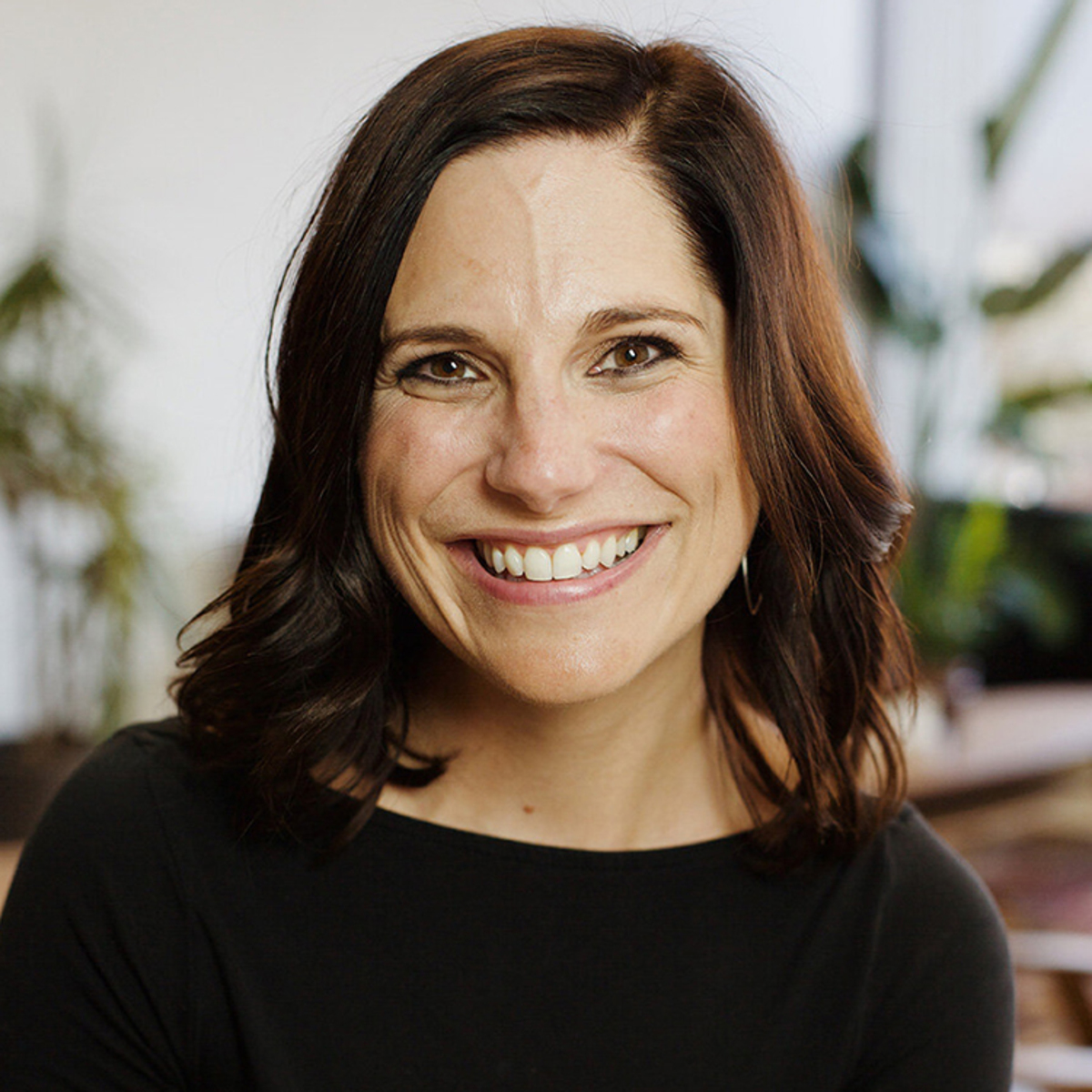 Kathryn and her family left Causeway Coast Vineyard, the church they planted in 1998, to follow the call of Jesus to Southern California. At the time they had no jobs to come to, just a sense of the Lord’s voice. Now, almost 4 years later, she and Alan pastor the Vineyard Anaheim where the Lord is doing something wonderful in consecration and fresh intimacy. It is a deep well from which songs are beginning to flow. The cry of their hearts is for ‘more’. 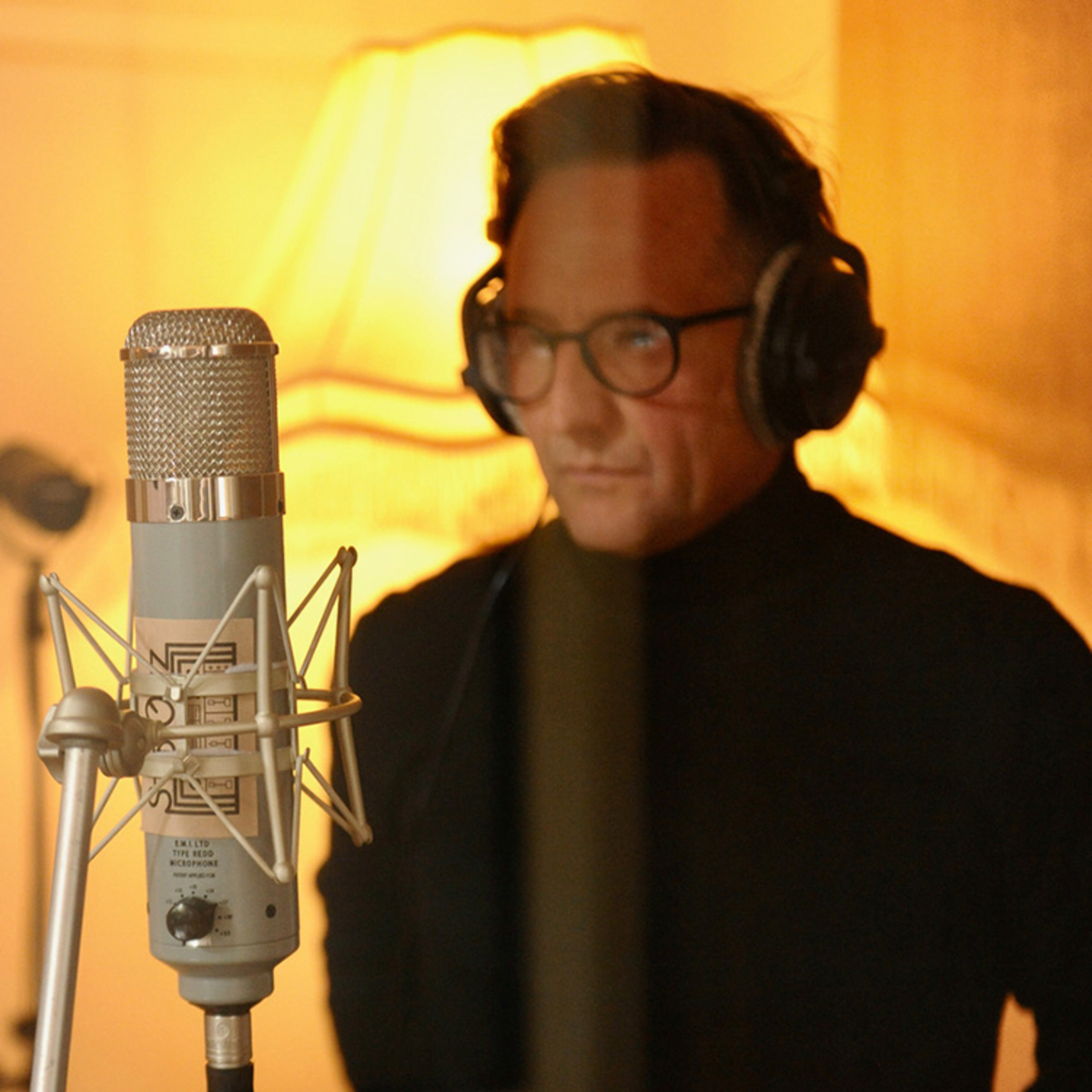 Martin Smith is a singer and songwriter of rare ability and passion. His mixture of skill and integrity has wowed audiences inside and outside the walls of the Church since his days as a young guy with big dreams in the early 1990s. Back then, Martin spent his time writing and singing songs about the realities of life and faith which travelled the world, some of which became some of the modern Church’s most popular calls to arms (Did You Feel The Mountains Tremble, I Could Sing Of Your Love Forever, Thank You For Saving Me). Today there are new songs, new audiences to be wowed, but the passion, the desire for connection and transformation burns stronger than ever. Blessed with the kind of voice that people recognise having heard it a mere handful of times, Martin is finding more and more what it means to be him and the results, in terms of new songs of love and loss, doubt and hope, are shot through with a cascading and coursing reality and power. Martin's new band, Army of Bones, as well as readying a storming debut album, are developing a reputation for being equally as adept at bringing hope to sweat-filled clubs as they are as his team in stadium events full of abandoned praise and, perhaps most potent and impressive of all, Martin has managed, somehow, to maintain the fire, the intensity, of hope and love which fuelled him more than 20 years ago. The greatest testimony to this is not just the songs and the powerful impact they continue to have, it is that he continues to live the story of honest faith and love himself. Martin still has huge dreams. He wants what he’s always wanted, to let people know that God is nearer than they think and that that same God wants to continue the dance of love with them. Whether it’s in the anticipation of ‘Waiting Here For You’, or precious moments lost in the wonder of celebrating the ‘Fire That Never Sleeps’, one thing is clear, the flame still burns and it is drawing Martin on into that dance, himself. Whether it’s in the river, in the streets, a dimly lit town centre pub, in the workplace or in a sports stadium full of worshippers, Martin Smith and his songs carry the same power they always have, and then some. That power invites us, his listeners to dance, and then to dance some more. Are you in? 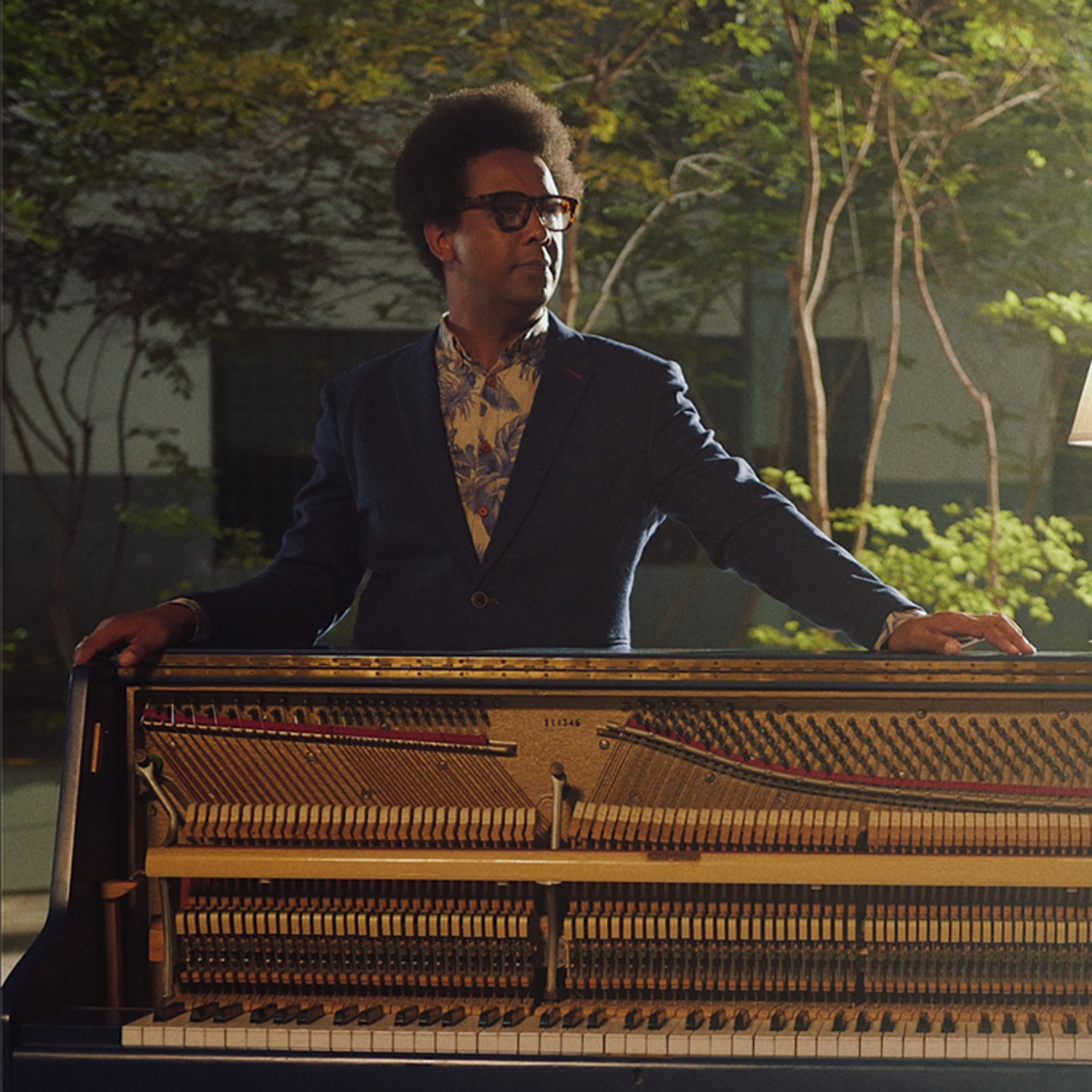 Paul Ewing is an award-winning singer and songwriter and composer, winning best Soul Funk Artist in the 2007 Indy Awards and being nominated as best newcomer in the Urban Music Awards in the same year. Hailed by Marcella Detroit as a 'modern day Marvin Gaye', Paul's roots are in soul, gospel and funky pop, with a strong flair for the classics. His work as a musician includes penning the 85th birthday song LOVE ETERNALLY for the King of Thailand, (produced by Kipper) and the full score including sound design, for Dracula - for the UK NO.1 Theatre Tour (2018.) He co-wrote Blood Is Life with Kevan Frost and Hugo Chakrabongse for the Dracula stage production in Asia in 2016. He spent considerable time in the USA working with Steve the Scotsman Harvey, producer for CeCe Winans, Frank McComb, Donnie, and The Temptations, as well as with Roman Johnson (Stevie Wonder) and Bobby Watson, founding member of Rufus and Chaka Khan. Most recently his work has been in film scores and television commercials, and he is currently working on a gospel/funk centric worship album . Think Prince, Andrae Crouch, D&rsquo;Angelo, PJ Morton and Gregory Porter. He recently produced worship music artist newcomer Aimee Smith's debut album; Raise a Lamentation and is currently scoring the motion picture BLOOD SONG, an animated feature film based on the graphic novel of the same name, by American artist Eric Drooker. 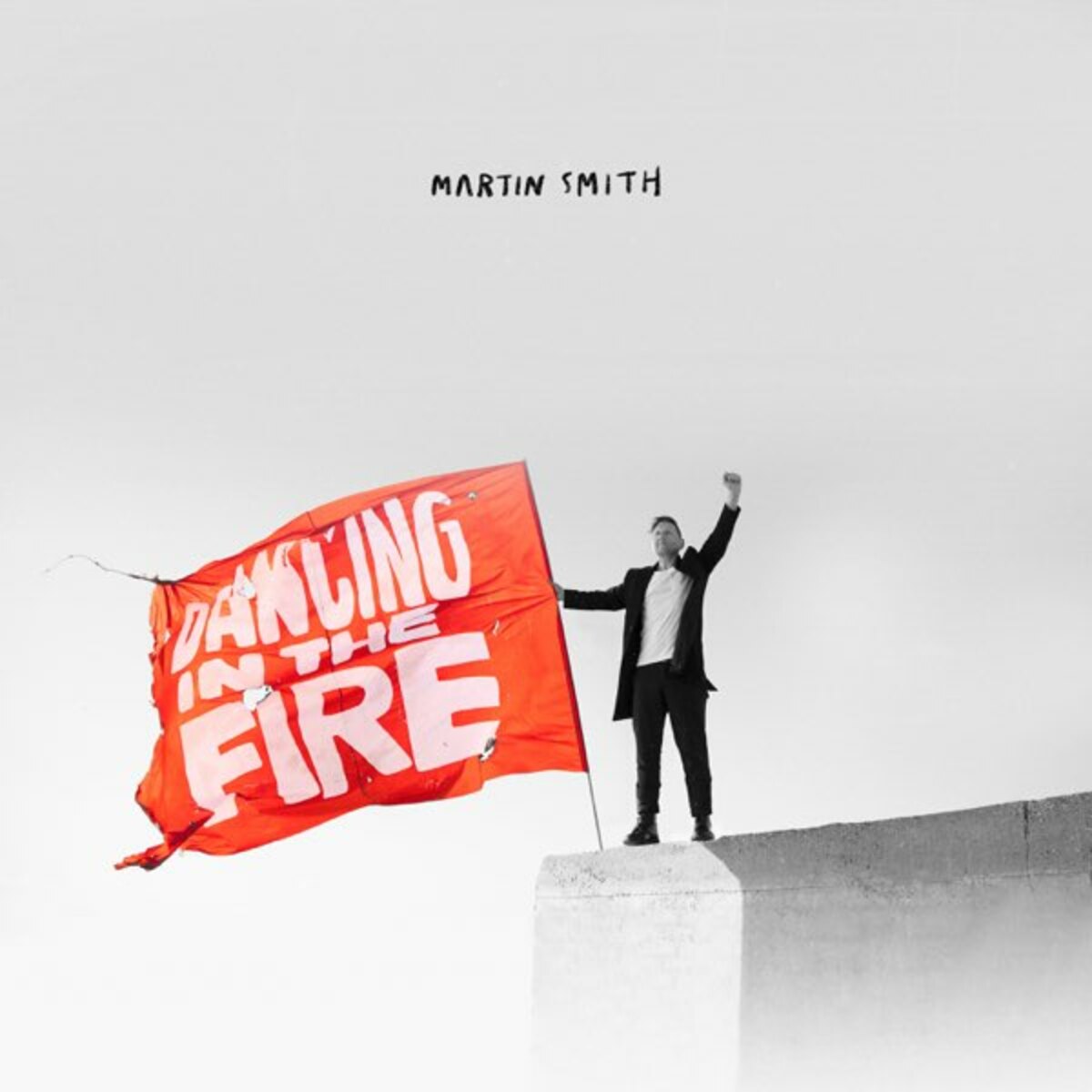 Martin Smith
Dancing In The Fire 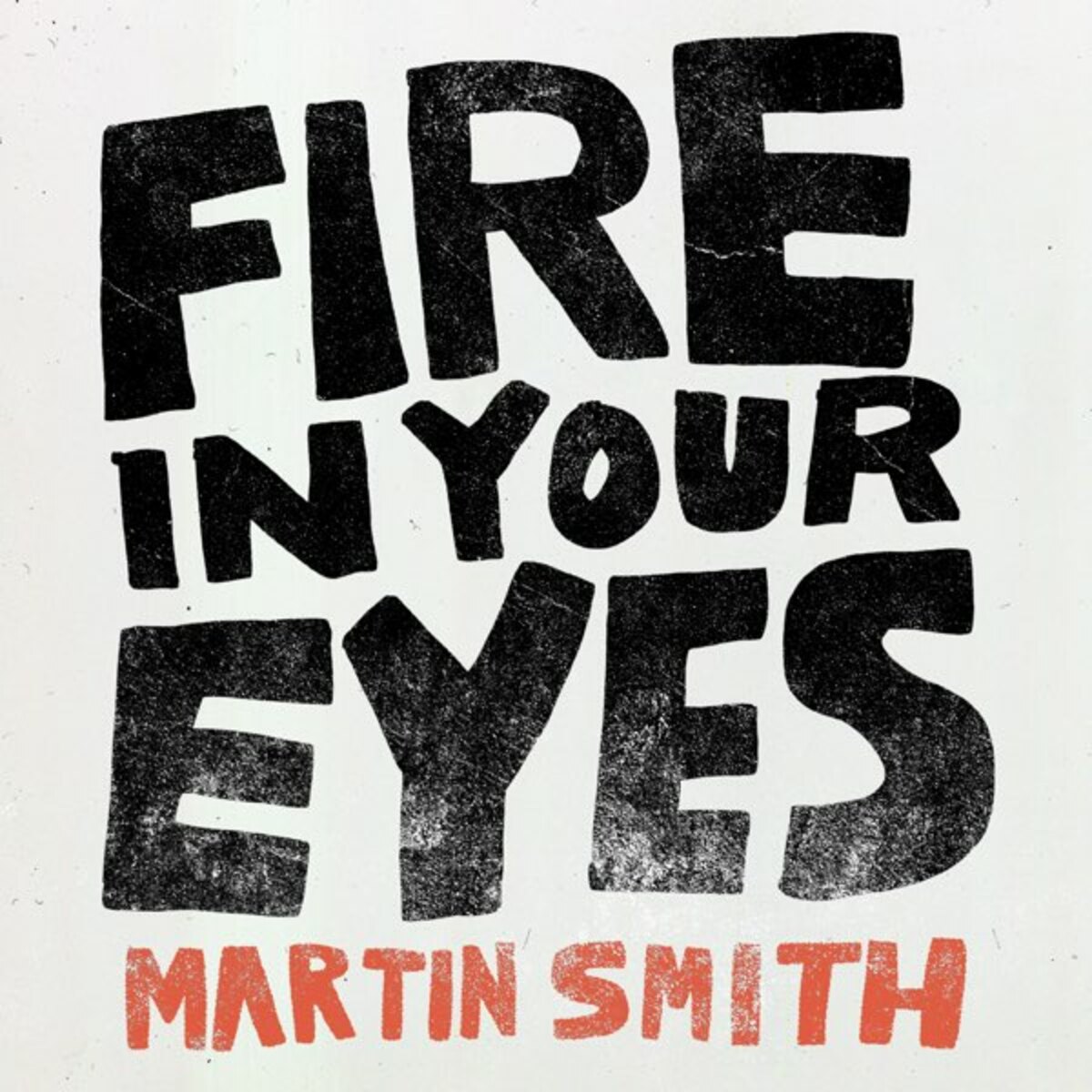 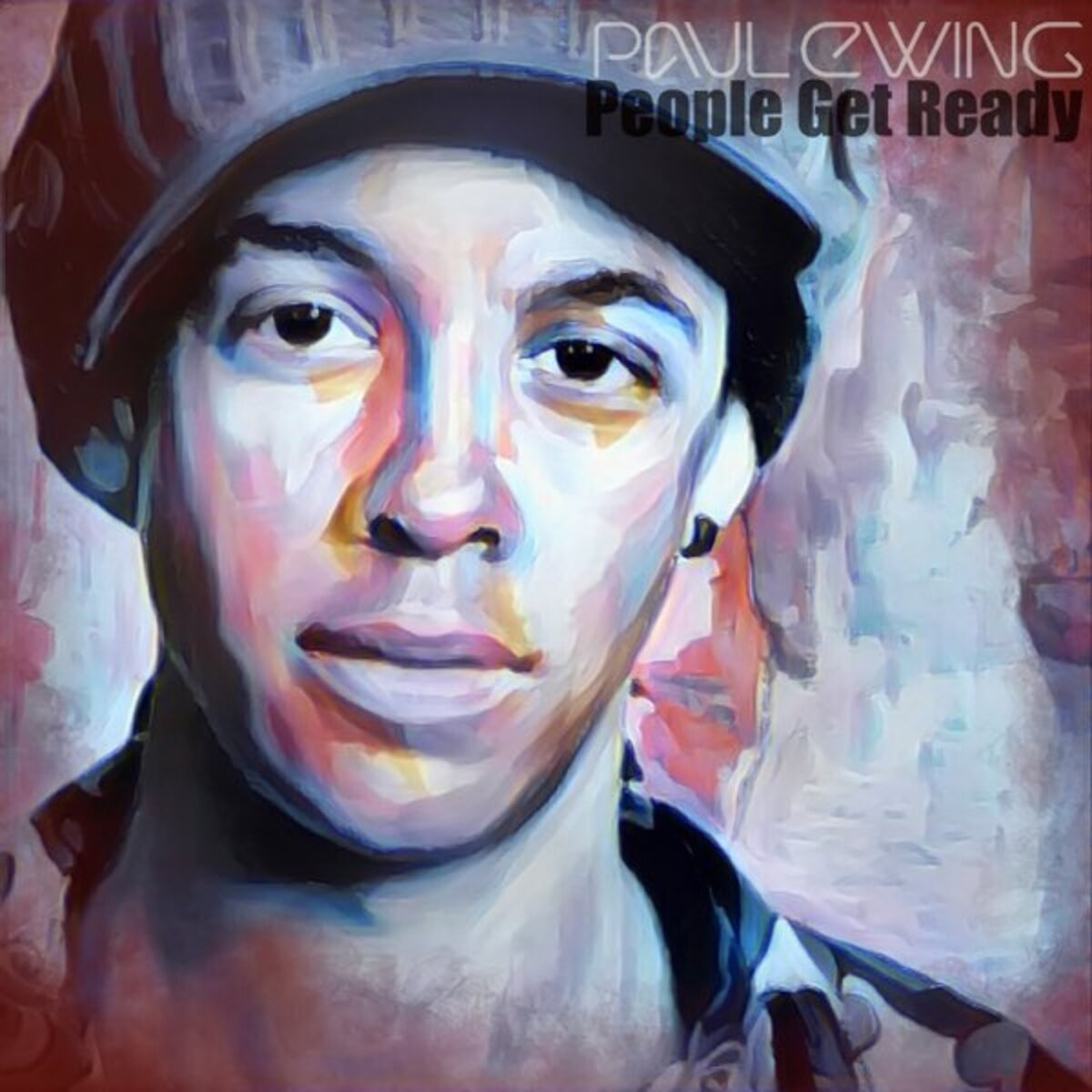 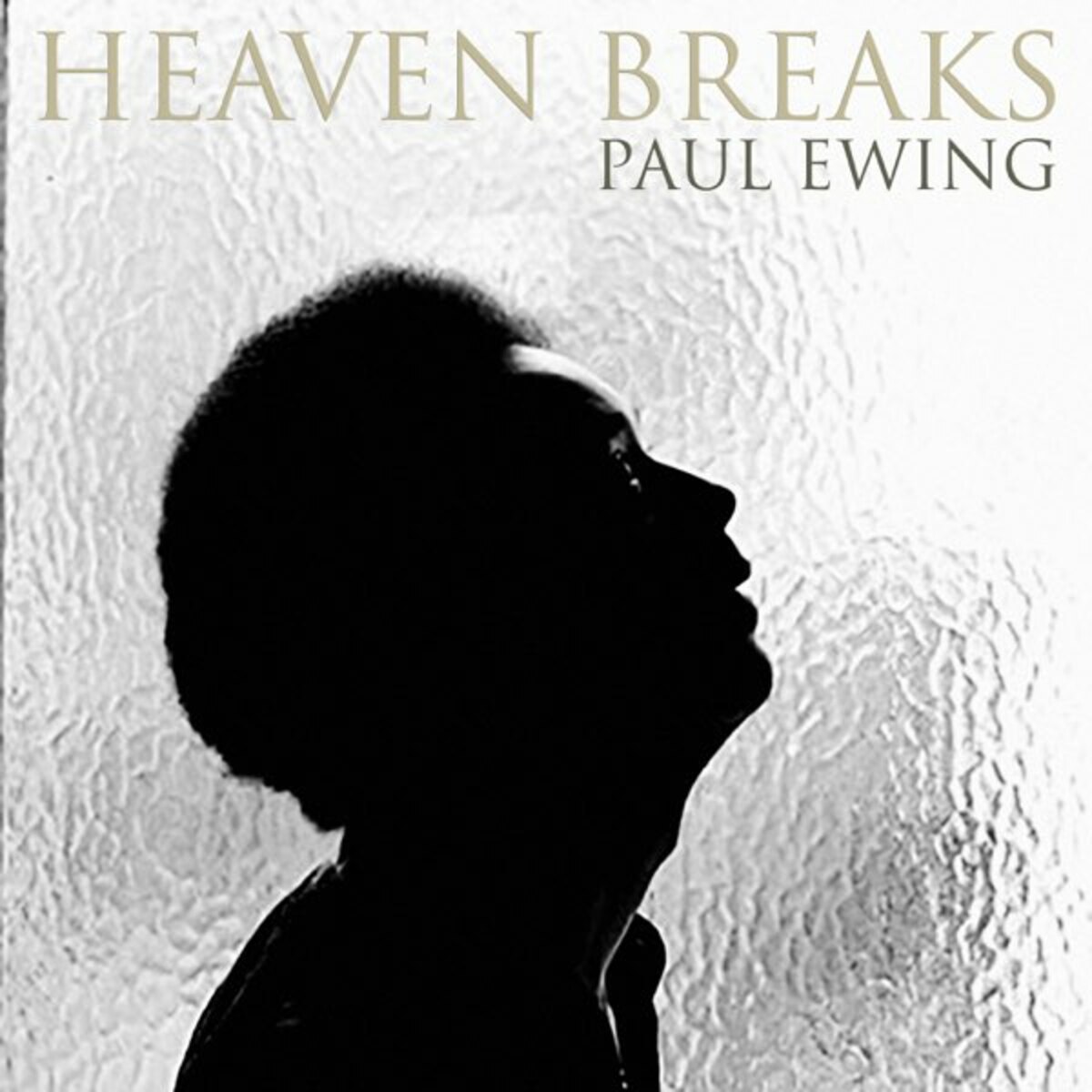 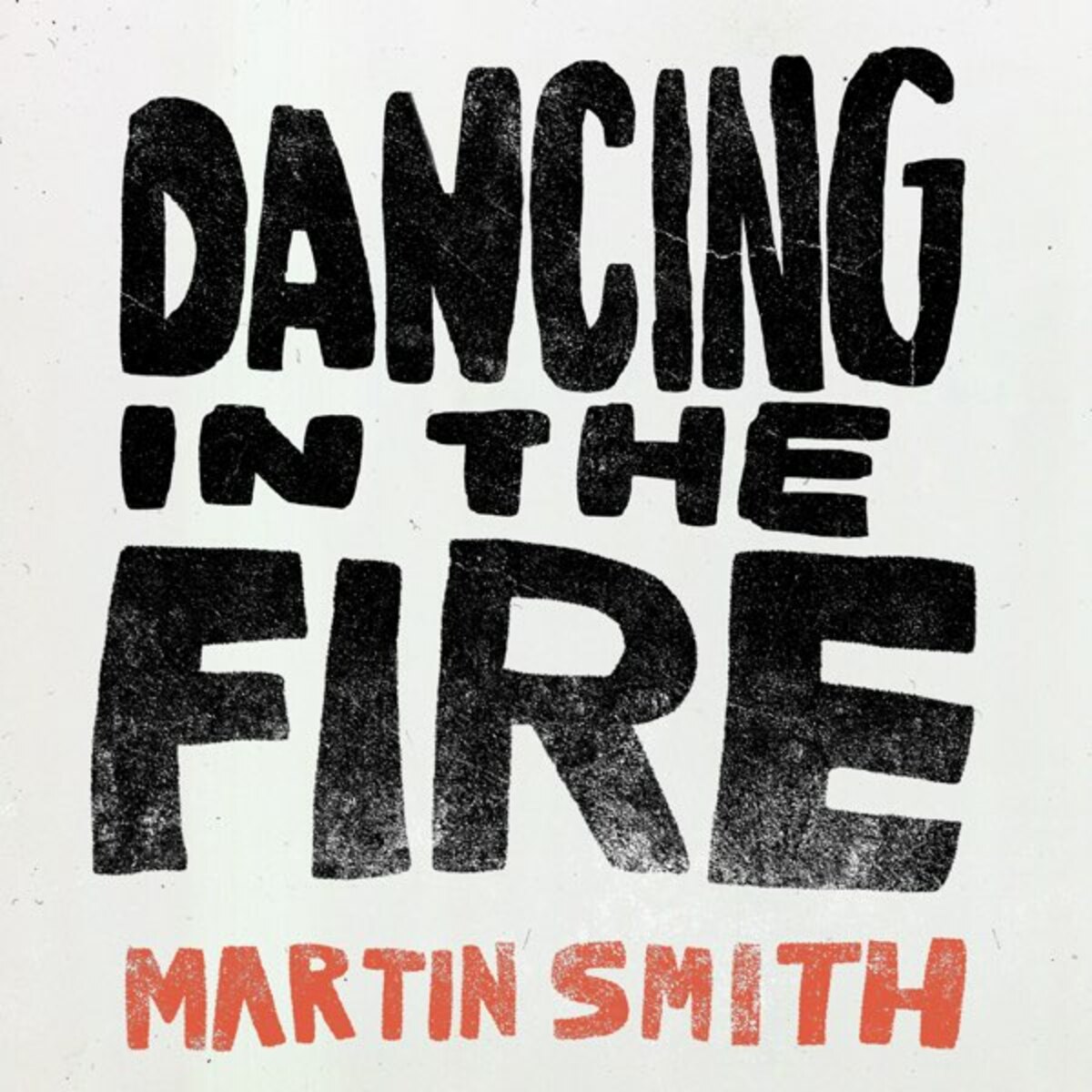 If you're looking to license a track, please use the contact form to submit your enquiry - please include as much infomation as possible